The lines North and West of Inverness are controlled from a single workstation in Inverness Signalling Centre.

The Dingwall to Kyle line was the first to use Radio Electronic Token Block Signalling (RETB), being launched on 6 July 1984. The Far North Line to Wick and Thurso was converted to RETB in December 1985.

These routes were initially controlled from Dingwall, and it was intended that the Inverness resignalling scheme would included the Inverness - Dingwall section. However RETB was extended to Inverness with control moved to the new Inverness Signalling Centre in August 1988.

This page describes the track layout and RETB signalling on these lines. Stations are shown in bold type.

Trains can enter the RETB system and obtain a token anywhere in the Inverness TCB area. Authority to proceed towards Clunes will be the clearing of the appropriate signal (I427 or I429) at the entry to the single line.

Clachnaharry's Down signal CY2 will only clear to green when an appropriate RETB token is issued.


The power operated points at Georgemas Junction were installed in February 1999. Prior to this the junction was operated with a ground frame.


Trains at Kyle normally arrive and depart from Platform 1 ('Up Platform' in the RETB system). 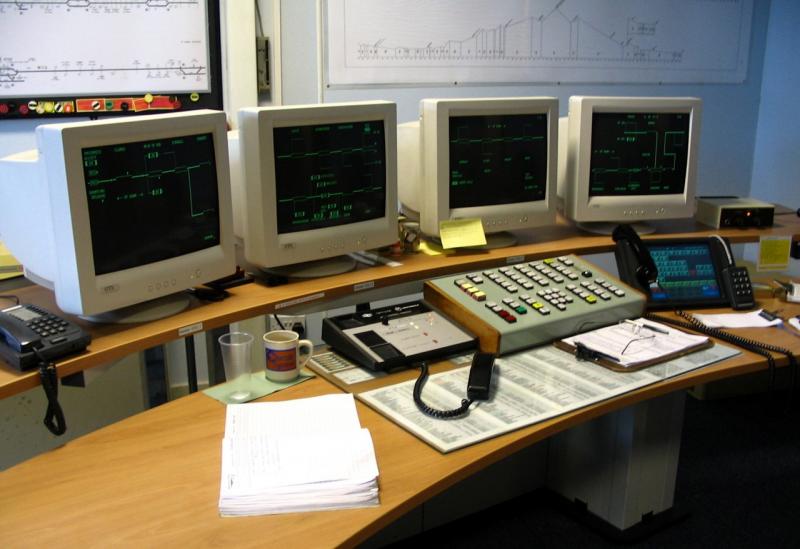 RETB_Inverness.jpg » RETB workstation at Inverness Signalling Centre. August 2005 Photo by Aitken
Created by Dysgraphyk and last modified by him at 22:16, 02 of December 2018.