Banavie Signalling Centre has two workstations for controlling the RETB Signalling on the West Highland Line:

Banavie North Workstation and Interlocking were modernised in November 2010.

Trials of RETB Next Generation commenced in April 2015, and previous system was taken out of use at the end of July 2016.

This page describes the track layout and signalling. Stations are shown in bold type.

The Radio Channels noted below relate to the legacy radio system, and lineside signage has now been removed. The on-train RETB-NG equipment has auto tuning, only requiring a manual change between North and South at Upper Tyndrum.

Upper Tyndrum is the change over location between Banavie South and North RETB areas. On arrival drivers return the token, change radio channel, and follow the procedure for entering the new RETB area, before obtaining the next token.

Fort William station area has colour light signalling and is controlled by a panel in Fort William Junction signal box.


Trains at Mallaig normally arrive and depart from Platform 1 ('Down Platform' in the RETB system). 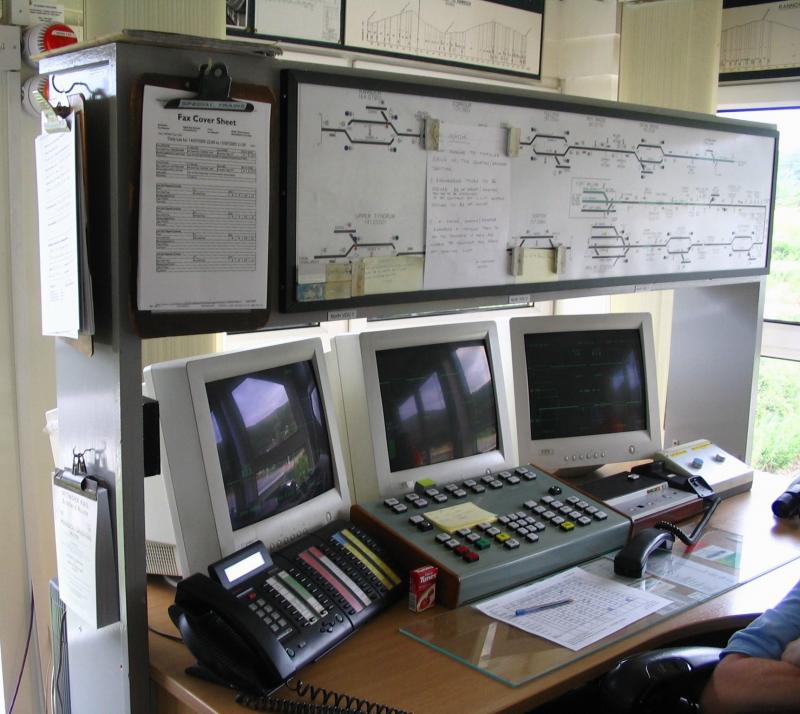 The North RETB workstation in Banavie Signalbox, which controls from Upper Tyndrum to Fort William and Mallaig. The Signalbox also controls the adjacent swingbridge. Photo Taken in June 2005. The Workstation was modernised in November 2010