The three car "Pennine" Class 185s work the vast majority of First TransPennine Express's services in the north of england. From December 2007 these units started to operate between Manchester Airport and Glasgow/Edinburgh.

The first visit of a Class 185 in Scotland was when Siemens took a set to Stirling for a conference on the 7th February 2007.

It operated as the:


The Class 185s worked a number of training runs to Scotland in the weeks leading up to the start of First TransPennine Express's Manchester services, initially to Glasgow and then to Edinburgh. 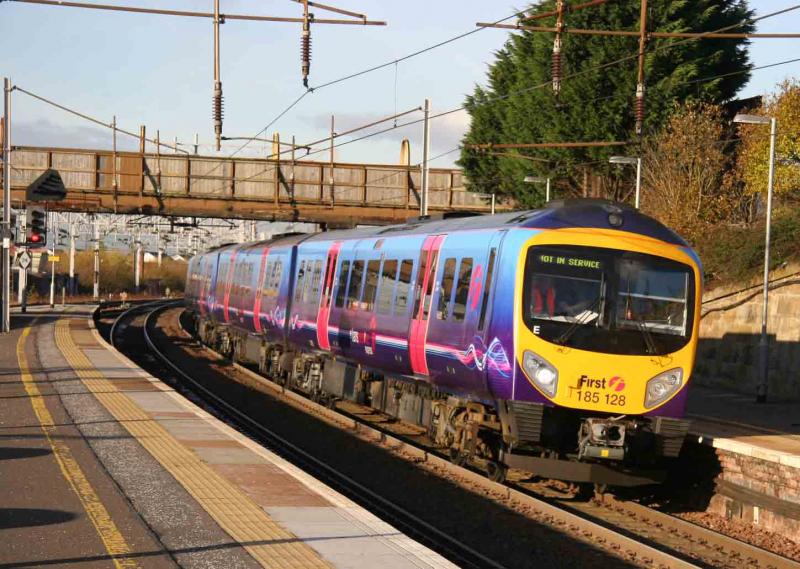 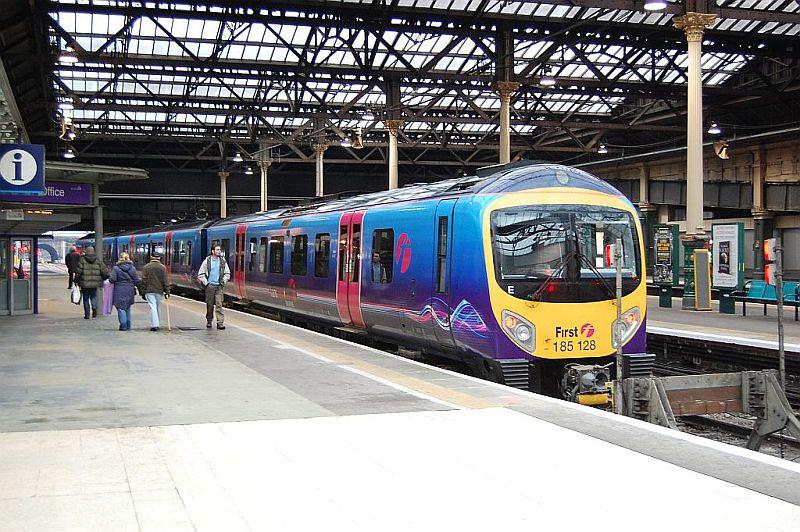 185128 sits in platform 14 at Edinburgh after a trial run Photo:Bruce Kitchener

The coaches are labelled