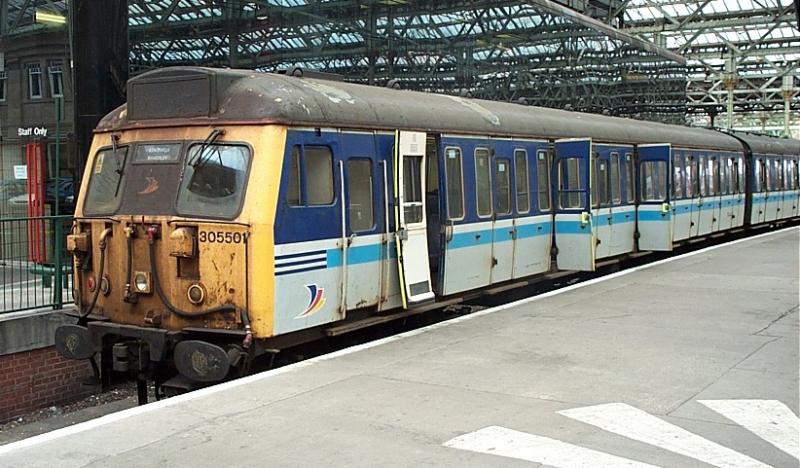 
The Class 305s were built by British Railways at Doncaster in 1960 and used for 30 years on commuter routes into London's Liverpool Street and Fenchurch Street stations, before being replaced by more modern stock.

Following electrification of the East Coast Main Line and the Drem to North Berwick branch in July 1991, five units were transferred to Scotland and maintained at Shields Depot) for use on the Edinburgh to North Berwick route.

Class 322 units were first introduced onto the North Berwick line shortly after the Class 305's demise.