Three former class 25/3 locos converted into mobile generators in 1983 to allow Mk3 Sleeper carriages to be be used on the Fort William sleeper trains. 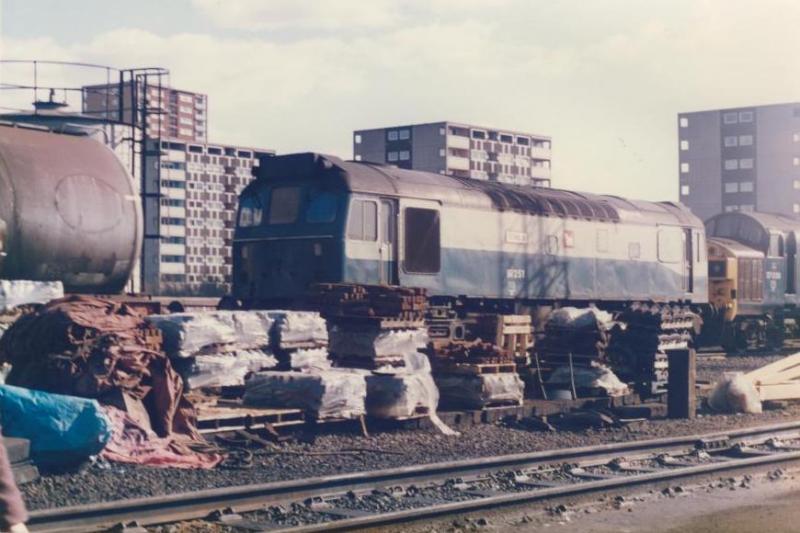 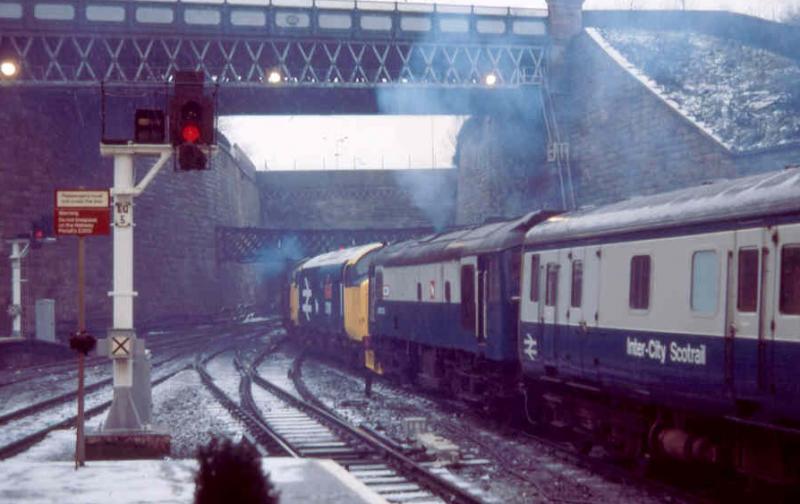 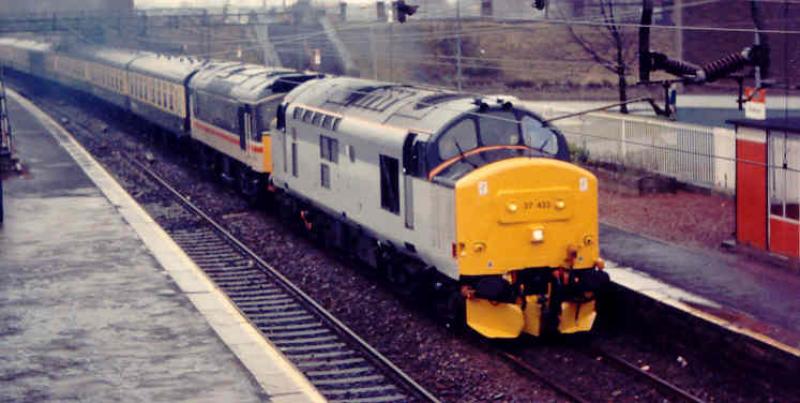 37423 » Newly painted in Freight Sector grey and nominated to be named SIR MURRAY MORRISON, 37423 heading through Dalmuir in April 1988 with the coaches for the summer steam service. Also in the train is former Class 25 97251 used as generators to provide heating and air conditioning on the sleepers prior to the 37/4s coming. I think by this time they were running on the steam specials much to the annoyance of the enthusiasts! Photo by Deepol