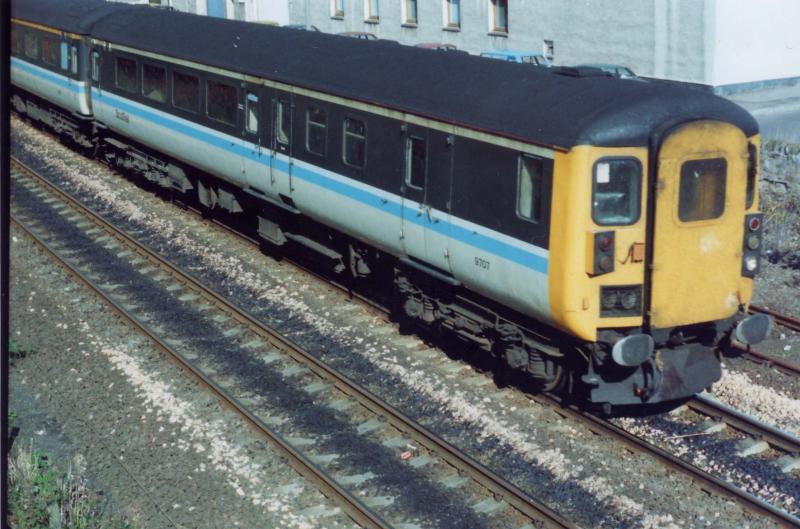 
The rebuild involved fitting the brake-van end with a half-cab and an EMU style power controller linked to a TDM transmitter.

This system meant any air-braked coach could be include in the formation.

Trials started in August 1979 and the first DBSO push-pull set in passenger service ran on 22nd October 1979, powered by locomotive 47709. Further sets were introduced to replace the class 27 push-pulls by February 1980.

Obstacle Deflectors fitted in 1985 in response to Polmont crash.

Extra DBSOs were converted for use on the Glasgow - Aberdeen route from May 1985.

Whether on Edinburgh or Aberdeen duties, the usual formation had the DBSO at the Glasgow end of the train.

The DBSOs were transferred away from Scotland in May 1990, for use on the London Liverpool Street - Norwich route. At this time they overhauled at Derby works, the cab end gangways were removed, and updated TDM equipment compatible with electric locomotives was fitted.