Nicknamed the Glasgow Blue Train, the Class 303 units operated around the Glasgow Electric network for over 40 years. 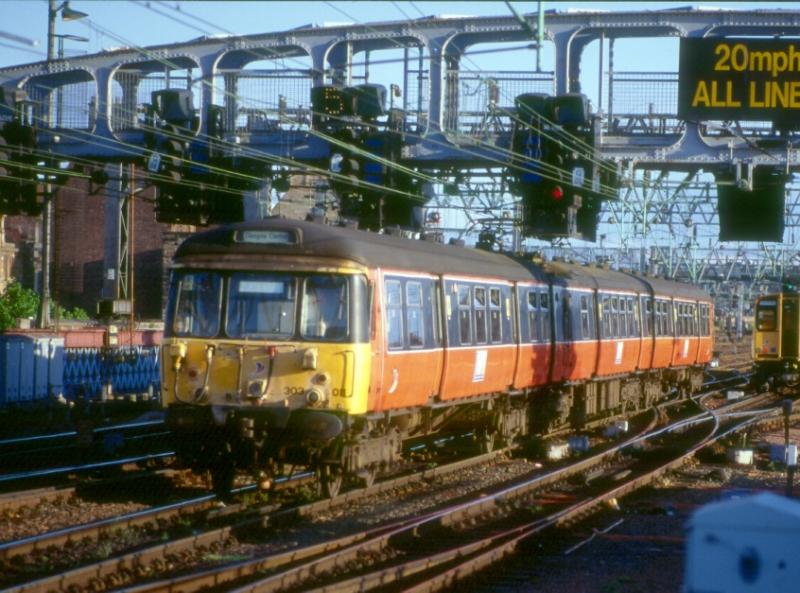 Ninety-one of these 3-car trains were built by Pressed Steel at Linwood from 1959-1960.

The original livery of 'Caledonian blue' with yellow and black lining and grey roofs, gave these distincive trains their nickname.

The North Clyde electrics resumed in October 1961 and South Clyde services started in May 1962.

Similar Class 311 units were built for the Inverclyde electrification in 1967.

A down turn in passenger numbers saw 12 sets sent to the north west of England in the early 1980s. 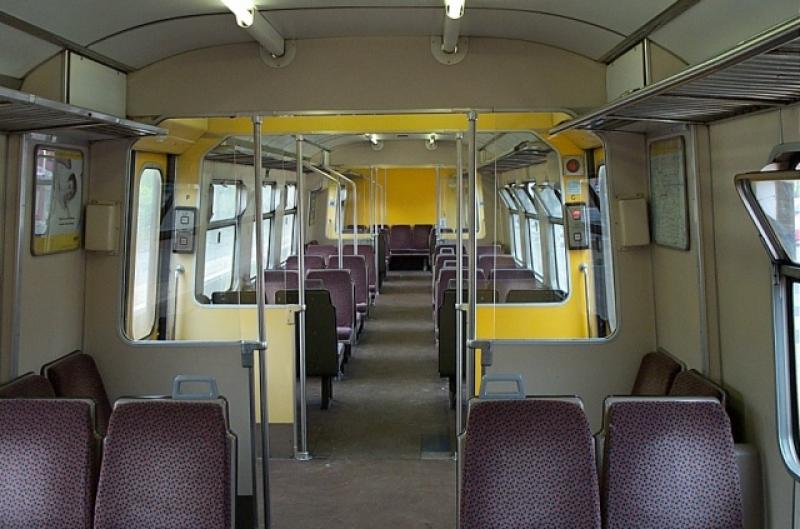 
50 units were refurbished at Glasgow Works between 1984-87 with new interiors. The remaining unrefurbished units were replaced by new Class 320 units, and were withdrawn from service by November 1990.

One unrefurbished unit, 303048, was restored to original blue livery in March 1991, and was used on special duties for a number of years. However it was scrapped in 1998.

By the late 90s, there were only 40 units left in service, and eventually they were withdrawn once the class 334s became more reliable.

Only 303032 survives and is based at the Bo'ness & Kinneil Railway where it has operated in push pull mode with a diesel loco.