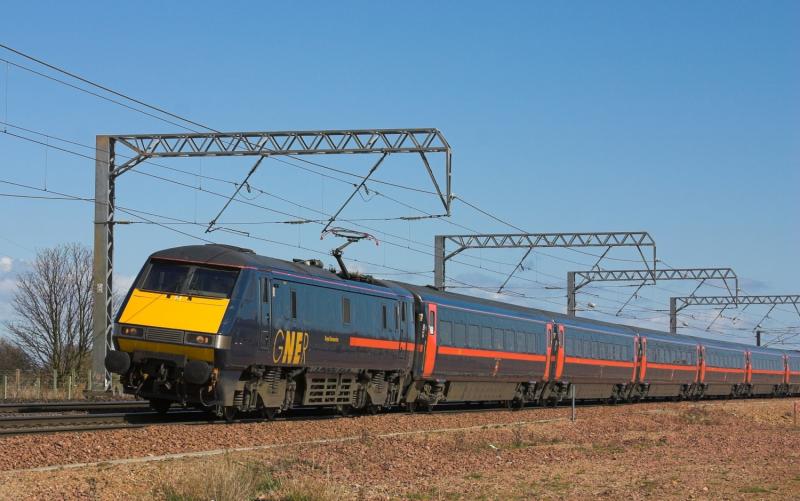 91120 Royal Armouries races towards Edinburgh with a service from London Kings Cross whilst sporting GNER livery. Photo by Ewan Tait