Abellio ScotRail will receive nine 4-carriage and 17 5-carriage trainsets from 2018 from Great Western Railway for use on longer-distance services between Edinburgh, Glasgow, Aberdeen and Inverness.

The first set, which included power cars 43021 and 43132, was delivered to ScotRail on 1st September 2017. The set was transferred to Aberdeen Clayhills on 10th September for the start of driver training.

The power cars will be refurbished at Brush Loughborough, while the coaches being refurbished at Wabtec Doncaster. The first refurbished set is due in February 2018, with a full fleet in service by December 2018.

On the 15th October 2018 after months of crew training, the first revenue earning and fully branded 'InterCity' diagram begun and ran with power cars 43033 & 43183 along with refurbished MK3 Set (HA26) on the Edinburgh - Aberdeen route, as well as on to Dyce;


Sunday 9th December 2018 saw the launch of the new timetable, and a wider introduction of the fleet's HSTs, now including unrefurbished (branded by Scotrail as 'Classic') ex-First Great Western Mk3 slam-door sets.

LNER operate a fleet of HSTs along the ECML from London to Edinburgh and Aberdeen or Inverness.

43296 @ Gleneagles - 07 July 2018 » The LNER vinyl gradually being introduced, over the former Virgin logo, on the Inverness to London Kings Cross service Photo by Gleneagles


LNER have 15 HST sets, and thirty-two Class 43 HST Power Cars. They are based at Edinburgh Craigentinny depot for maintenance.


Between December 2006 and March 2009, the thirty power cars operated by GNER and later NXEC were fitted with MTU engines and renumbered in to 432xx and 433xx series. A further two powercars (from East Midlands Trains) were added to the East Coast fleet in May 2011 and soon re-engined and renumbered.

LNER also hire-in powercars from East Midlands Trains. Usually these are only used on servies between Yorksire and London, but sometime find their way to Scotland.

Arriva CrossCountry have five HST sets to provide additional capacity to support their fleet of Voyager and Super Voyager DMUs. 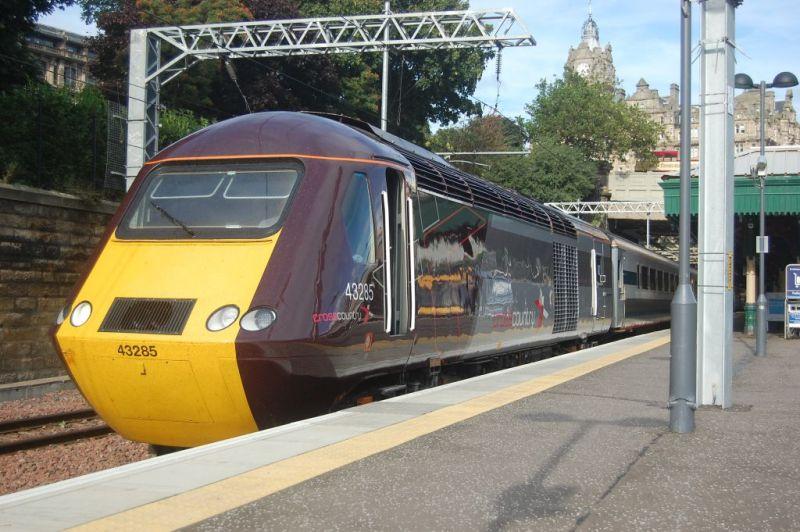 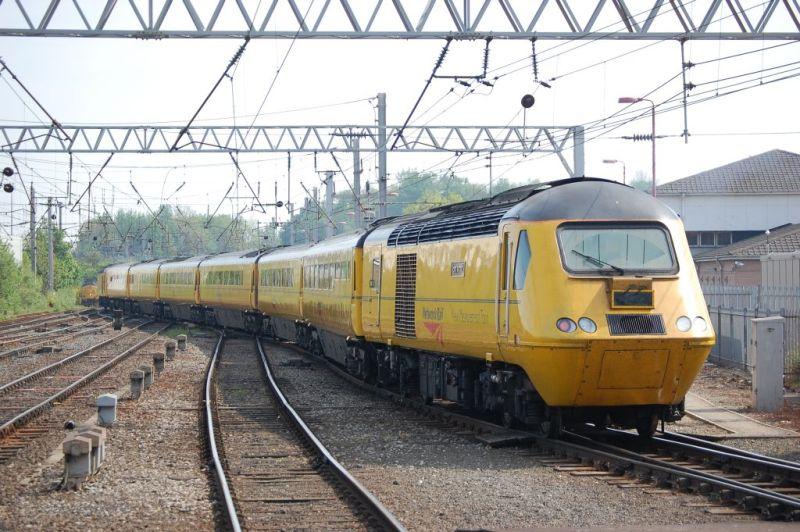 
Network Rail have a modified HST set called the New Measurement Train (NMT), which was introduced in June 2003. It is operated on their behalf by Serco and runs on the East Coast and West Coast Main Lines.

If the NMT is unavailable, a substitute test train powered by top and tail DRS Class 37s or DBS? Class 67s has been known to run in its place.

Project Hayabusa which is Japanese for Project Falcon, is a partnership between Hitachi and Network Rail to test a battery powered HST power car to see if it could help HST emissions. It would be known as a Battery assisted diesel locomotive after conversion. The power car chosen for this refurb was 43089. The Power car was originally meant to be fitted with an MTU engine but due to demand has kept it's Paxman Valenta. To cut down on weight the rechargable Lithium Ion batteries were put in the TGS coach 977996.

After testing on the preserved Great Central Railway in the Summer of 2007, 43089 began use on the NMT, and was first noted in Scotland on 13 November 2007.

Project Hayabusa was abandoned in September 2008, the locomotive 43089 was returned to Porterbrook, it now has a new life with East Midlands Trains

The first production HST to visit Edinburgh was a Charter train for the Lea Valley Railway Club, from London Kings Cross on 23rd July 1977. This used Western Region set 253026 with powercars 43053 & 43052. <Photo at Kings Cross>, <Photo at Edinburgh>

In the late 1980s and early 1990s, Hertfordshire Railtours operated a series of excursions using InterCity 125 trains. Some of these took the HSTs to unusual destinations and notable tours to Scotland were:

A short lived charter train operator, Heartland Rail, had a former Midland Mainline HST set with power cars painted in unusual liveries. 43070 (in silver Cotswold Rail livery) and 43087 (in Red Hornby livery) provided the power for an excursion from Bristol to Edinburgh on Saturday 5th August 2006 <Photo on Flickr>

The Branch Line Society ran a 'Bound for Craigy' railtour from London Kings Cross on 18th March 2017, which ran into the Craigentinny Depot complex, and was hauled a short way by 08472. A Virgin Trains East Coast set was used, with power cars 43300 'Craigentinny' (VTEC) and 43082 'Railway Children' (EMT). <Photo>

Created by brucekitchener and last modified by Dysgraphyk at 21:56, 28 of February 2019.