The 40 ScotRail Class 158s were repainted from National Express ScotRail livery into First Group livery at Glasgow Works (Springburn) between December 2005 and September 2008. 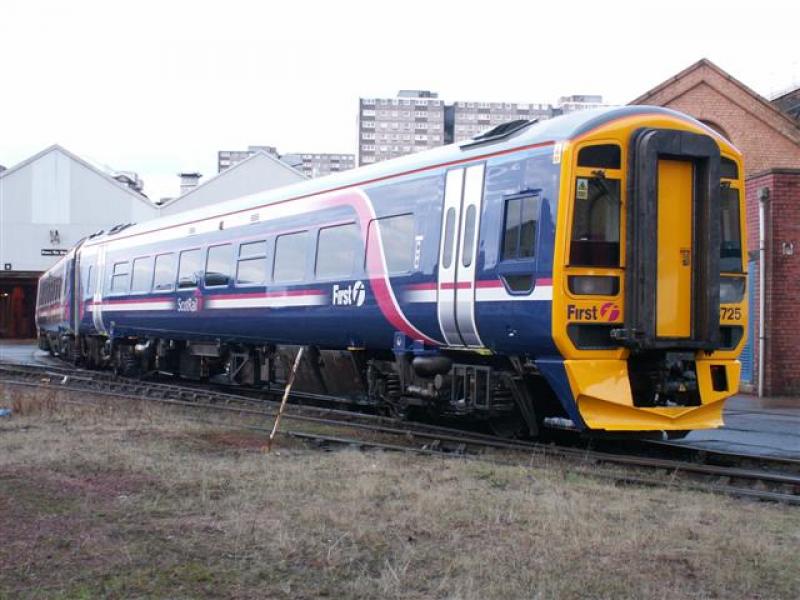 The last 5 units were repainted at the same time as Refurbishment work.

Sub leased units
The class 158s, that were subleased from Northern Rail visted Newton Heath depot in Manchester for relivery and C6 Overhaul. Only 3 were done before the units bacame part of the Scotrail fleet.