From 2015 the remaining 40 First ScotRail liveried units are being repainted at the same time as interior work, with the Inverness based units treated first. 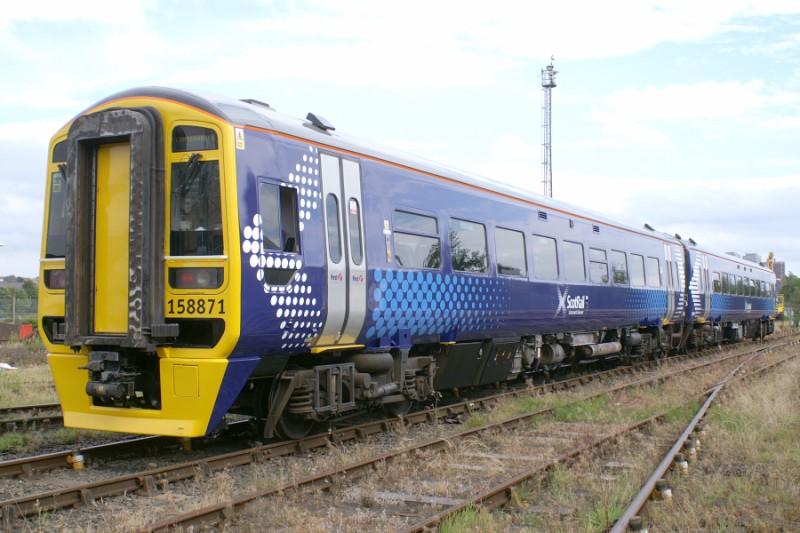 158871, the first 158 in the Saltire Livery stands in the yard at Railcare Springburn before departure on 5th September 2010 Photo kind permission of Railcare & FirstScotrail Photo by class47man