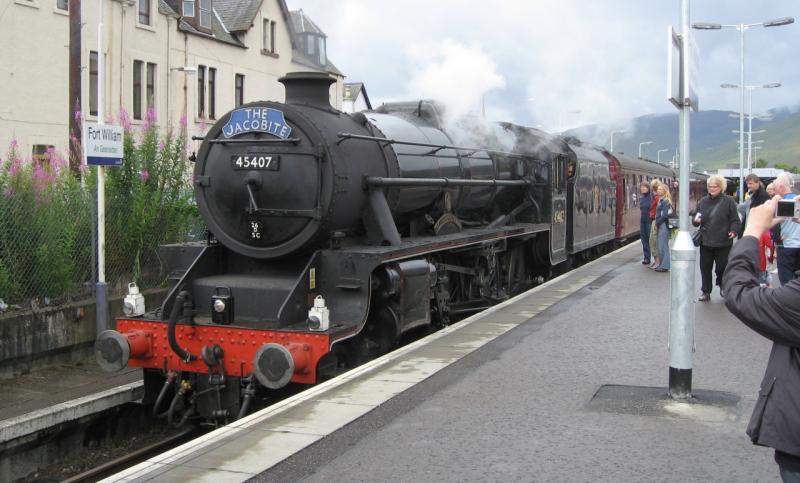 
The Jacobite is the name of the summer service between Fort William and Mallaig using steam locomotives.

This steam train has been running since 1984; in the later British Rail days it was known as The Lochaber.

Since 1995 it has been operated by West Coast Railway Company.


The 2012 season will use the following locomotives


After arrival at Mallaig platform 1, the locomotive runs round the train, then shunts the stock into platform 2.

After departure from Mallaig (plaform 2), the train pauses briefly outside the station for the Ground Frame to be reset, before the train proceeds to Glenfinnan. The return train also stops at Morar because of the Open Level Crossing.