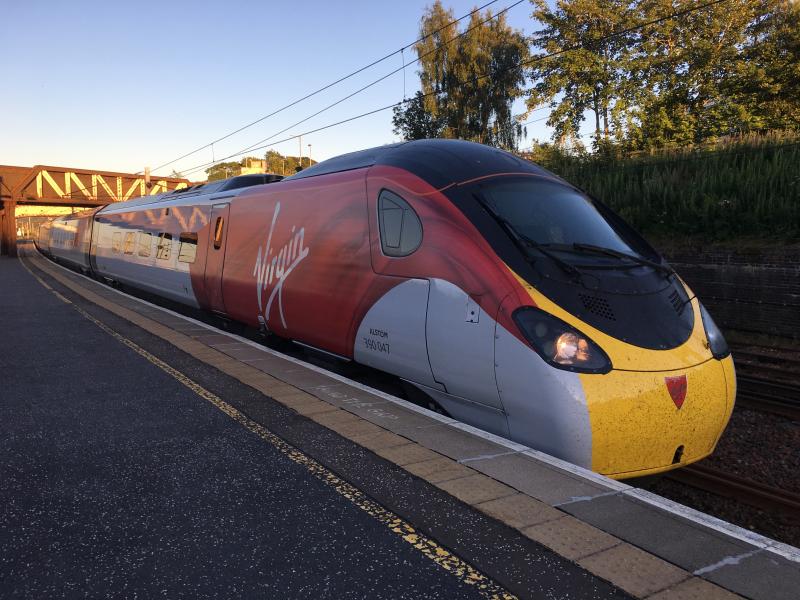 Virgin's 15 year franchise plan was based on the West Coast Route Modernisation delivering a 140mph railway from London to Crewe and Manchester by 2005. However this further upgrade has been postponed and trains now run at a maximum speed of 125mph. 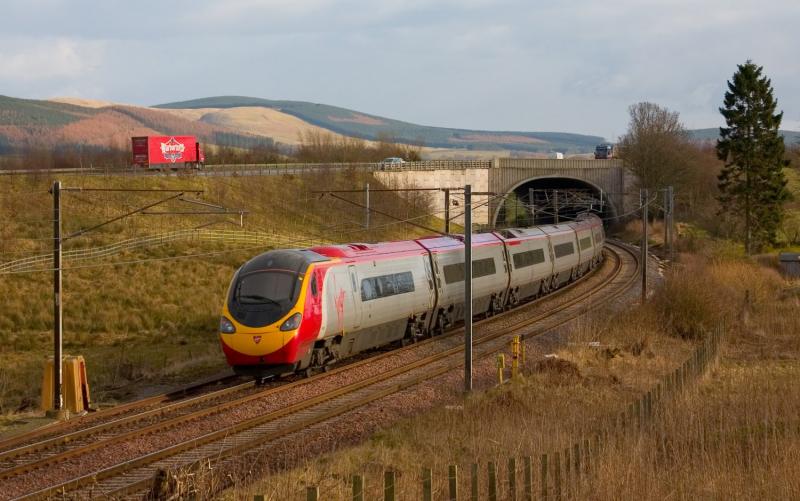 The Class 390's started running between Glasgow and London on January 5, 2004. 125mph tilting operation in Scotland began at the December 2005 timetable change.

Maintenance of the trains has been contracted to Alstom subsiduary West Coast Traincare, since early 1999.

The Class 390's home depot is Longsight, Manchester, but they are also serviced at West Coast Traincare's depot at Polmadie.

Virgin West Coast used to lease a number of Class 57 locomotives, for use as Thunderbirds, and for hauling trains over unelectrified diversionary routes such as Glasgow - Carlisle via Kilmarnock. The locomotives have since been transferred to Direct Rail Services and West Coast Railway Company.

In April 2019, Virgin Trains was disqualified from the bid for the new West Coast Partnership franchise following dispute with the DfT over pension liabilities, which meant that Virgin Trains would cease operations in March 2020.