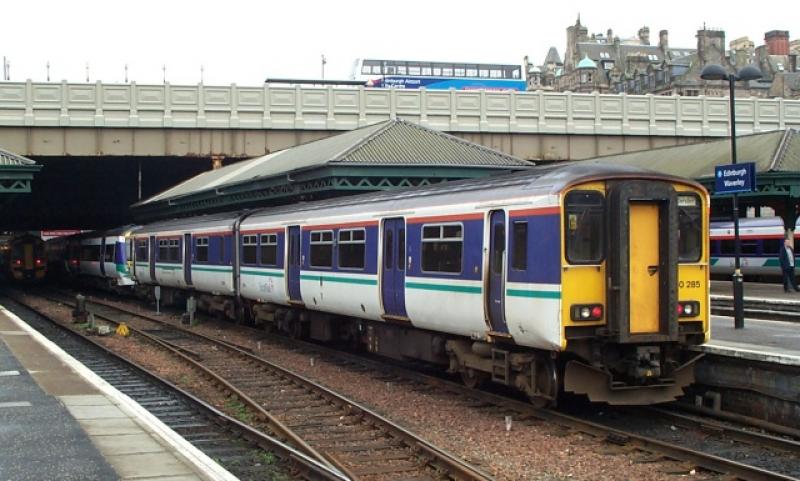 150285 at Edinburgh Waverley on 26 January 2005. Behind is recently delivered Suburban Turbostar 170461, which replaced the class 150s on Fife duties. Photo by Dysgraphyk

Its first appearance in Scotland seems to be 16th May 1985, when it visited Glasgow Queen Street. The unit also came north to work a shuttle service from Edinburgh to the Haymarket Depot Open Day on Saturday 24th August 1985.

150001's next spell Scotland was longer, It formed a Glasgow - Oban special on January 3rd 1986, to mark the opening of the new station building at Oban.

The unit then spent 6 weeks based at Inverness depot, used on scheduled passenger services to Aberdeen, Kyle and Wick.

A second prototype unit was built by BREL, and while numbered as 154001, visited Scotland in 1987.

Haymarket depot got its first allocation of Sprinters in June 1987. Recently delivered 150255/257/259 were sent from Newton Heath to Haymarket depot, to start staff training.

Prior to use in regular service, the Sprinters were used on a number of excursions, taking them to fairly unusual destinations.

Another 3 units, 150283-285 were newly delivered from York Works, ready for introduction on to the Edinburgh - Dundee and Edinburgh - Bathgate routes from October 1987.

Further units were sent to Haymarket from October 1988, until by May 1989 the fleet was up to 18 units, ready for introduction on to the Edinburgh - Dunblane, North Berwick and Dunbar, and 'new' Fife Circle services.

In 1991 the Edinburgh - Dundee service was extended to Aberdeen using Class 158s, and two surplus 150s were sent to Cardiff. Two further units were exchanged for class 156s in 1994.

Introduction of the second batch of Class 170 Turbostars, and cascading of class 158s onto local services saw 2 units sent south in the Autumn of 2000.

During the winter of 2000/01, the remaining 12 units were overhauled at Glasgow Works and turned out in the ScotRail Railways white and purple livery, strangely with a narrower green stripe than other classes.

The units lasted just long enough to see in the First ScotRail era and get new branding.

Class 150 units based in England have visited various Works for overhaul or repair. 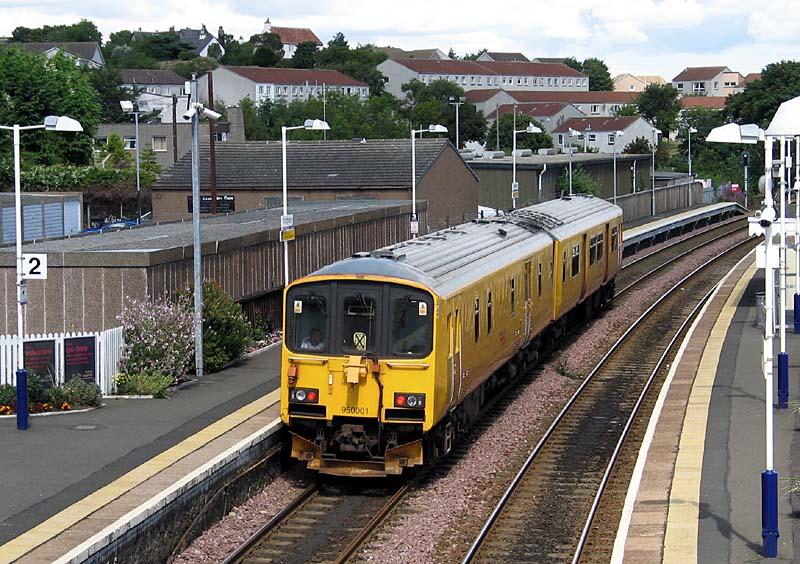