Twenty-eight ScotRail class 156 units were repainted from SPT carmine and cream livery into ScotRail 'Saltire' livery at Glasgow Works, Springburn during 2009/2010. A few units previously in First ScotRail livery were repainted into Saltire livery later on following accident repairs, before then next programme of repainting started in 2016, completing relivery of the 43 strong fleet in June 2019 with 156453. 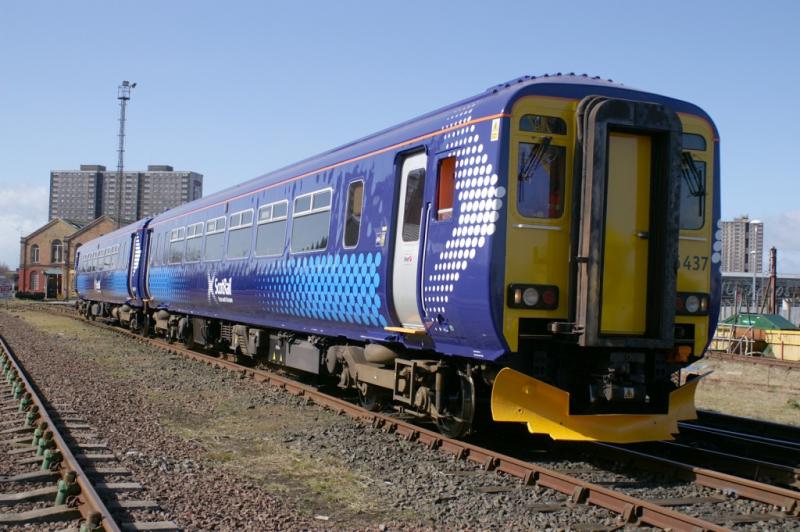 Units in First ScotRail livery were not involved in the ScotRail Saltire re-livery programme during 2009-10. However, units 156492 and 156499 were repainted in Saltire livery in early 2013, as a result of the collision damage in October 2012.


On 21st December 2014, unit 156478 suffered flood damage after hitting the flood water near Mauchline while forming the 22:12 Glasgow Central to Carlisle. The unit was taken to Brodies in Kilmarnock where unit was rebuilt. This included the repaint into Saltire livery as well as interior overhaul and modifications to meet accessibility regulations. The unit returned to ScotRail on 19th October 2016.

From 2016, the ScotRail class 156s fleet visited Glasgow works for repaint, install toilet tanks, interior overhaul and modifications to meet accessibility regulations. Most of the remaining First ScotRail liveried examples were done towards the end of the programme.